John Howard “Jay” Scheurenbrand is a life-long resident of Louisa County. He has worked in the forest products industry since childhood. Starting at the age of ten, he planted trees for the Department of Forestry and to date has planted more than 800,000 loblolly pine trees in Louisa County. Throughout high school he worked as the foreman of the Louisa Boys Forestry Crew planting trees, marking timber, mapping, and prescribe burning. This experience, together with the teachings of his father, a Louisa County Forester for 31 years, provided him with an extensive knowledge of proper forest management.

Shortly after high school, Jay worked for Thacker and Thacker, framing houses, and soon progressed to the trim crew where he was taught by a master carpenter who still cut material with the use of hand saws. At the age of 19, he started his own construction company, framing houses, garages, and building over 30 log homes and cabins in Louisa and surrounding counties.

With the slow down in construction during the late 1980’s, Jay decided to form a logging outfit to complement the construction company. He ran both companies for a few years until he was recruited by Lanny Woolfolk of Tradewinds of Virginia, a retail building supply company. After constructing the facility, Jay then assumed management of the store. In that capacity, he was responsible for purchasing, inventory, contractor sales, over the counter sales, and blueprint take-offs among many other things. It was here that he gained his knowledge and experience of buying “right.”

In 1996, Jay’s entrepreneurial spirit took over and he ventured back out on his own. He re-opened his construction company under the name Plumbline Construction and spent the next 6 years building Bulkheads and boathouses, installing beaches and boat ramps, and framing and siding houses for several local builders.

In 2002, the nationally recognized builder, Randy Rinehart offered Jay the position of Project Manager. After 5 years Jay earned the title of Vice President of Rinehart Custom Homes. There he and his staff built homes and remodels ranging from $800,000 to $3 million in construction costs.

In 2008, Lanny Woolfolk and John Romano offered Jay the opportunity to head the Architecture Review Committee for Noah’s Landing subdivision at Lake Anna where he currently reviews all the plan submittals.

In 2009, due to the economic slow down, Jay elected to step down from his position at Rinehart Custom Homes. “It was either me or several members of the staff. I couldn’t bear to see those that I care about get laid off. My faith told me that God would provide.”

Jay opened Plum Tree Properties early in 2009 and limits his custom home construction to three homes per year. This allows him and his team to provide his clients the care and detail they deserve.

Jay builds with uncompromised quality and he has a commitment to excellence which ensures that every detail of construction meets his rigorous standards. His principles of impeccable honesty, attention to detail, and dedication to doing things right the first time, have gained him a first-rate reputation in the community. As a result, Plum Tree Properties has a very promising and lengthy future.

David is a native of Orange, Virginia. After graduating from Orange County High School in 1984 David joined the United States Navy, and served in the Construction Battalion (CBs).

David and his older brother Marty decided to start their own construction company and they built custom homes for the next 15 years.

David joined Plum Tree Properties in 2009, and he specializes in on-site management and building custom homes.

According to Jay, “David has been a great addition to our team. I admire his ability to stay focused on the issues at hand as well as his problem solving skills. He has a no nonsense attitude when it comes to leading our trades through the projects. I am very glad to have him.”

In his spare time, David plays golf, has coached his son Ben’s soccer team, and officiates high school football, which he has been doing for the past 24 years. 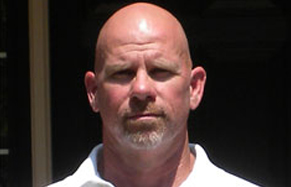 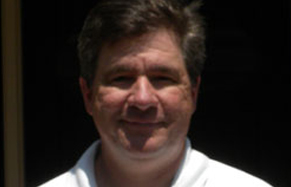 David has lived in Louisa since 1970. As a boy growing up in the town of Louisa, he lived only a mile or so from where Jay grew up. David and Jay have been friends for almost 40 years.
David joined Plum Tree Properties in 2009 with more than 20 years’ experience in the building industry. He graduated cum-laude from James Madison University in 1983. He and Jay have worked together, in one capacity or another, for more than 15 years.

His responsibilities for Plum Tree Properties include purchasing, submissions, assisting customers through the selection process, scheduling and coordinating trade partners among many other things.

David’s favorite aspects of his job are the personal relationships with the clients, meeting and working with them one-on-one. He is passionate about the details of building and ensuring that orders and selections are accurately accounted for so the clients receive exactly what they want when it comes to their home.

Jay calls David his right hand and says he does pretty much everything across the board. “David is the most talented individual that I have ever worked with when it comes to making sure of the details. I am glad that he takes those things off of my plate. He is much more patient than I am when it comes to the tedious but all important details.”

When not at work, David enjoys working on his own home improvement projects, fishing, canoeing and wildlife photography.

INTEGRITY
This ranks highest on our list. Trust, open and honest communication and sincere interest in our clients’ needs are our hallmarks.

QUALITY
We’re proud of our attention to detail, our use of quality and efficient products, and the fine workmanship we produce. But what really sets us apart from other builders is the attention that each individual home receives. We wholeheartedly believe in quality over quantity. We selectively build only a handful of homes each year because we are dedicated to investing ample time and attention to each home. A true custom-built home, tailored to your needs, requires a higher level of commitment and time on our part. We take this commitment seriously and work diligently to get everything right. Our reputation depends on it.

TIME, INNOVATION & EFFICIENCY
It takes a lot of time to tackle tough issues, but one-on-one customer service and personal attention is what we provide. Our experience has taught us that a conscientious investment of ample time into each home makes the difference. It allows for a well-thought out plan to evolve which takes the greatest advantage of entities such as the layout of the floor plan and the uniqueness of the site. We look forward to presenting and incorporating new and innovative ideas based on the latest technologies.

COMMUNICATION, PROFESSIONALISM & RESPECT
Open communication is an integral part of the building process. The staff at Plum Tree Properties is available, accessible and approachable, listening to what you want and tailoring the floor plan you desire into a solid home you’ll cherish for years to come. Whether your tastes are elegant and rich or contemporary and refined, Plum Tree Properties will do everything we can to bring the house of your dreams into reality.

STABILITY
Everyone wants a stable, financially-sound company that will be here tomorrow. You may have had a friend or acquaintance who built a home only to find that the builder was nowhere to be found a year down the road. At Plum Tree Properties, we are proud of our Louisa roots and plan to be a part of the community for years to come. With this in mind, we have set a high standard for ourselves with regard to commitment to our product, customer service and our level of professionalism.

COMMITMENT
You may have noticed our frequent use of the word commitment. We take this word seriously. We are committed to your home, before, during and after construction is complete. We intend to stay a part of the community for years to come and so the quality of our homes is equally as important as our clients’ satisfaction with them. We are committed to doing the little things that make a house your home. 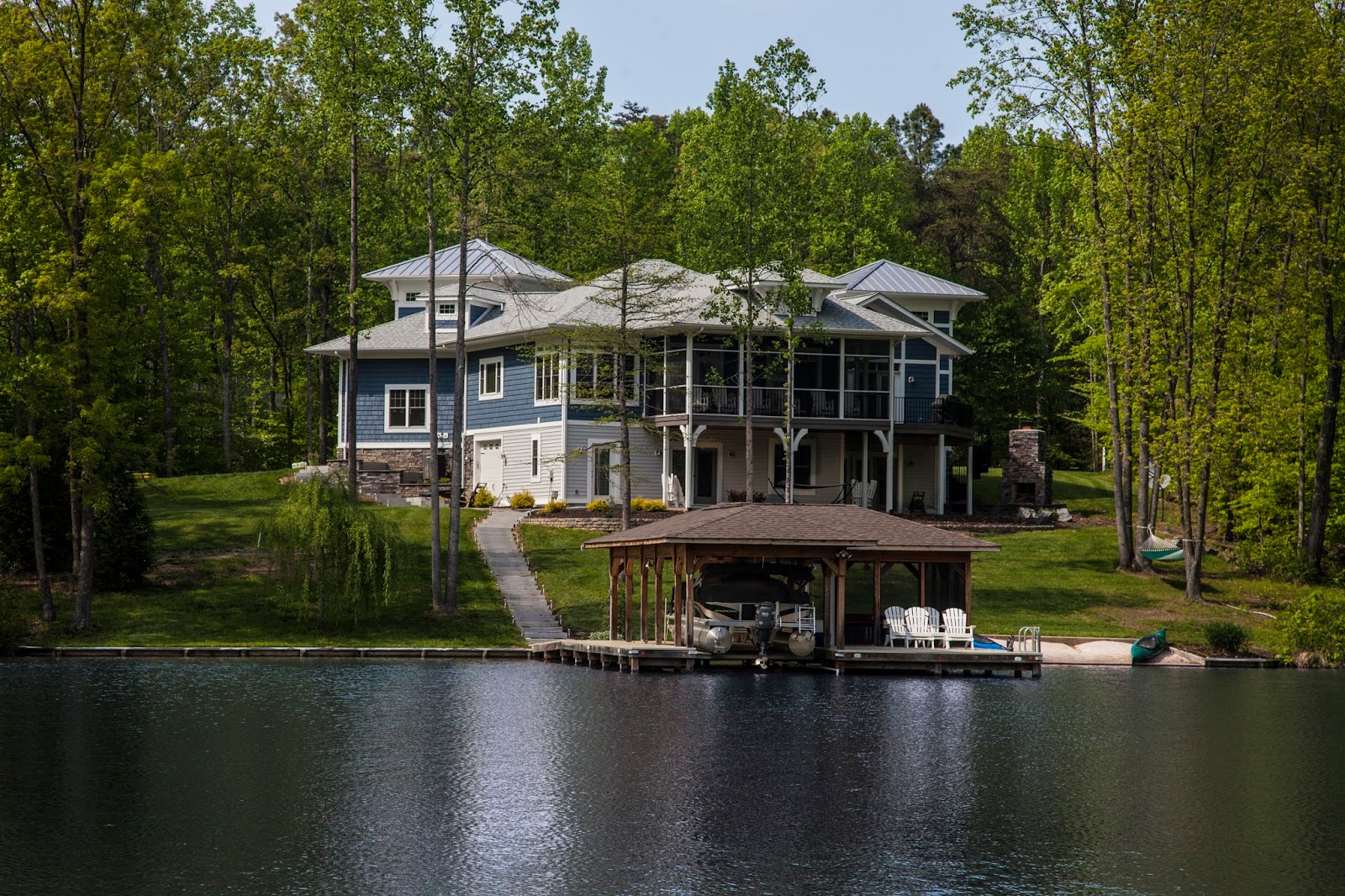 • To build a high quality team that can effectively plan, build, sell and service our customers.

• Become recognized as a high-end, high quality, custom home builder with the ability to service our market with honesty, integrity and commitment to service after the sale.

• Evolve and nurture a profitable company while providing an enjoyable place to work, recognizing that each and every employee is an integral link in the chain of creating our niche in the home building market.

• To treat our customers with respect, fairness and professionalism.

• To treat our partners and suppliers with respect, fairness and professionalism, and to require the quality of workmanship necessary to build each home to the highest standards.

• To create a long-term relationship with our homeowners.

• To strive to build three to four homes per year emphasizing quality.

• To build a company deserving of the Plum Tree Properties name in the Lake Anna community.